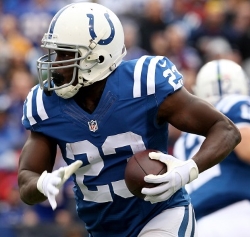 Not many would have predicted the Colts, Eagles, or Seahawks would have started off the 2015 NFL Regular Season with two straight losses. As it stands, all three of those teams remain winless two weeks into the season, and there is now some causes for concern for these three teams.

The Colts were one of the favorites to win the AFC Title coming off an 11-win season and reaching the AFC Conference Championship a year ago.

A Colts offense led by QB Andrew Luck was supposed to be the catalyst for that success, aided by Indy bringing in stud RB Frank Gore to shore up their lone offensive question mark – the running game.

But a poor showing in their opener against the Bills and then a 13-point loss Monday night against the Jets have Colts fans nervous. Of course, Indianapolis lost the first two games last year before reeling off an 11-3 record the rest of the way, and with 8 turnovers committed in the first two games the Colts should be able to turn things around rather quickly. Despite that 0-2 start, they are listed as a 3.5-point favorite by this online sportsbook.

Over in the NFC, there is a major cause for Eagles fans as Philly’s offense stalled in the first half vs. Atlanta, and then the entire game vs. Dallas. Those are not two of the top defenses in the league that Philly struggled against. After two straight games with the Eagles over/under lines in the 50’s, the online sportsbooks have their total set at 47 points against the Jets.

Reigning Super Bowl champ Seattle lost a close game at St. Louis, then lost against at Green Bay. Of the three teams mentioned here, the Seahawks have the best chance at turning things around. Both of those losses came on the road and Seattle has the best home field advantage in the NFL. Seahawks found themselves in a pair of bad motivational spots, but should be ok over the next few weeks going forward and are a massive 14.5-point favorite this week at home vs. the Bears.

We love what we was from Atlanta and Arizona the first two weeks, and those two passing offenses look very credible. These two teams weren’t considered much by the online sportsbooks to make much noise in the NFC this year, but their strong start should be considered going forward.

The last team that made an impression on us was Denver – not so much Peyton Manning’s bounce-back effort in their Thursday night win vs. the Chiefs, but rather their defense, which has looked unstoppable against the Chiefs and Ravens. The fact that the Broncos are 2-0 with all of their offensive woes means the Broncos are a legit contender and we expect the lines to go up on their games dramatically when Peyton figures out his new offense.

We’ll be back next week to review the third week of NFL betting action.