NFL Betting Update – Put Up or Shut Up

NFL Betting Update – Put Up or Shut Up 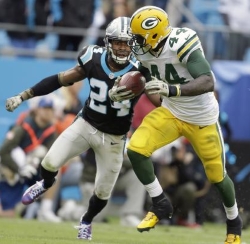 While there are only two games on this weekend’s NFL schedule featuring a pair of team with winning records, this is a very important week for some of the NFL Playoff contenders to break out of slumps and start building momentum towards a postseason run.

Green Bay is in a huge revenge spot this Thursday in Detroit after the Lions pulled off one of the biggest upsets of the entire NFL season when they won outright in Lambeau Field a few weeks ago. Detroit was a big 11.5-point road underdog in that matchup and came through with an 18-16 victory. That win propelled the Lions to a current three-game winning streak heading into this Thursday matchup.

While the Lions are gaining momentum, Green Bay is looking for confidence. After a perfect 6-0 start to the season, the Packers have since lost four of their last five games, with all four losses coming in the role of the favorite.

Some of those losses are forgivable – losing on the road at Denver and Carolina. But falling at home against the Lions and most recently Chicago (as an 8-point home choice) is alarming. This online sportsbook list the Packers as a three-point road favorite Thursday.

Another team looking to get back on track is Atlanta. Like the Packers, the Falcons started red hot with a perfect 5-0 record, but since that fast start they have continuously shot themselves in the foot and have since dropped five of their last six outright. All of a sudden, turnovers have been a major concern for Atlanta, committing three or more turnovers in five of their last seven games. Untimely penalties have also contributed to the losing, and Atlanta’s red zone offense has been unwatchable at times. The Falcons are a two-point road underdog at Tampa Bay and need to win this game to stay in the playoff hunt.

The entire NFC East Division is still up for grabs as all four teams enter this weekend with losing records. Washington currently owns the top spot in the standings thanks to tiebreaker scenarios over the Giants, who both enter this weekend with identical 5-6 records. Philadelphia is one game behind them, and while only two games back in the standings, Dallas is likely out with the latest injury to QB Tony Romo.

The Giants are a two-point home underdog against the Jets while Philadelphia has a tough game on the road at New England (online sportsbooks have not yet posted a line on that game). The Monday Night Football matchup of Dallas vs. Washington could be a big factor in determining the division winner. Redskins are a 4.5-point home favorite.

We’ll be back next week with an update on the NFL Playoff standings and situations from a football betting perspective.