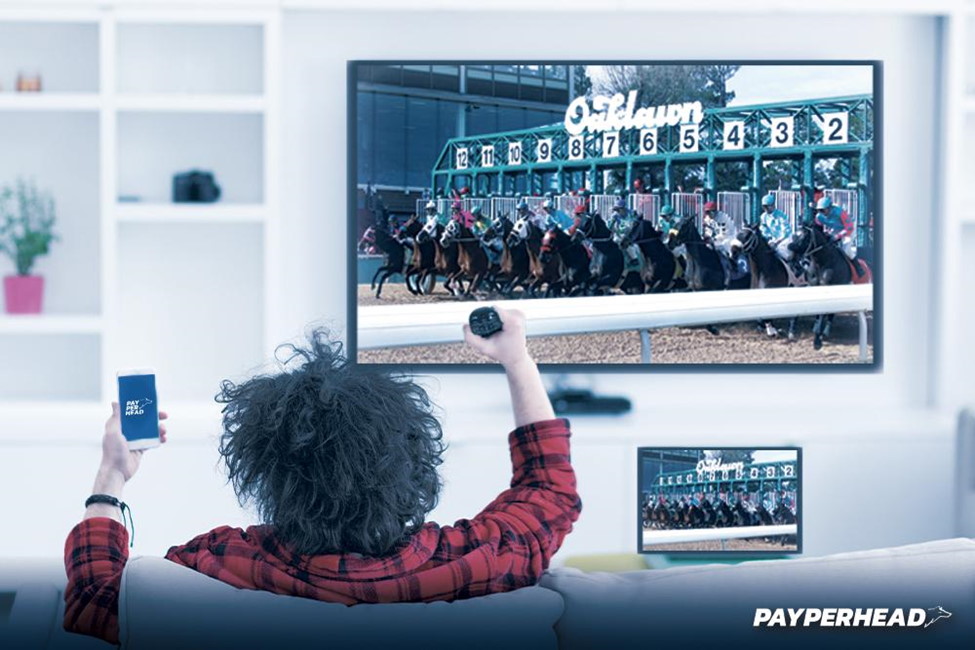 While many racetracks in the United States have shut their doors to the Covid-19 Pandemic, one popular racing venue remains open. Oaklawn Park located in Hot Springs, Arkansas, runs races every Thursday through Sunday.

Horseplayers know Oaklawn Park well. The horse racing track has produced top thoroughbreds for over 20 years. Some of the best jockeys and trainers in the United States call Oaklawn their base of operations.

Bookies looking to transition their sports bettors to the digital racebook could do much worse than point to Oaklawn Park as a reason to bet on ponies. While sports continue to remain sidelined due to the virus, Oaklawn Park puts on competitive thoroughbred races 4 days out of the week.

Check out everything you must know about Oaklawn Park. Then, use your new information to give your players something to wager while the major sports leagues continue their hiatus.

Although it might change, Oaklawn plans on running races every Thursday through Sunday from now until Saturday, May 2. We dive deeper into the significance of May 2, 2020. But before that, check out the first post for each racing day during the week.

Note that on Saturdays the first race often goes off a half an hour earlier than on the other 3 race days. Most tracks run schedules like Oaklawn Park where Saturday’s race card starts earlier than race cards on other days.

The significance of May 2 in horse racing.

In normal times, Churchill Downs runs the Kentucky Derby on the first Saturday in May. It’s such a tradition that horseplayers and people involved with thoroughbred racing capitalize the phrase so that it becomes the “First Saturday in May”.

Churchill has switched the dates of the Derby from May 2 to September 5. Even though the switch goes against a tradition that’s been around since 1875, and it has opened a massive door for Oaklawn Park.

When you promote horse racing at Oaklawn Park, make sure to tell your players about the following jockeys and trainers.

Cohen is known as one of the best speed jocks in the game. Speed jocks are great with front runners. When Cohen shows up on a front runner, the horse is a serious contender.

Like hall of famer Laffit Pincay Jr. a native of Panama, Santana Jr. started riding in 2009 at the age of 16. He’s the top jockey for trainer Steve Asmussen, which means Ricardo gets to ride contenders daily.

Stewart was born in 1965. He started riding at the age of 16. Up until 2004, most didn’t know the name Stewart Elliot. That year, he won the Kentucky Derby and Preakness Stakes aboard Smarty Jones.

Known as one of the top jockeys in the U.S. over the turf, it’s interesting to see Joe with his tack at Oaklawn. The Arkansas racetrack doesn’t have a turf course. That hasn’t bothered Talamo, who wins at 19% at Oaklawn.

Tyler was the U.S. Champion Apprentice Jockey of 2000. He mainly rode at Santa Anita Park, Del Mar, and the now defunct Hollywood Park. Baze is a versatile jockey who has won 40 stakes races.

Arguably the greatest trainer in the history of thoroughbred horse racing, D.Wayne doesn’t have a full stable at Oaklawn Park. But he’s so important to thoroughbred racing history that we had to put him on this blog. Lukas has won the Kentucky Derby 4 times, the Preakness 6 times, and the Belmont 4 times. The legend has taken home 20 Breeders’ Cup Race trophies.

Asmussen is best known for training two of the most important horses in the past quarter century, Curlin and Rachel Alexandra. He won the 2007 Preakness Stakes with Curlin. In 2009, Steve trained Rachel Alexandra to become the first filly to win the Preakness since 1924.

Hollendorfer tore it up at Bay Meadows during that Northern California racetrack’s heyday. Hollendorfer routinely put the winningest jockey in history, Russell Baze, aboard his horses. Among Hollendorfer’s most famous horses was Songbird, Event of the Year, and the ill-fated Shared Belief.

Jones is known for working with fillies and mares. Among his most famous horses are Hard Spun, Eight Belles, and Havre de Grace.

While Jones, Hollendorfer, Asmussen, and Lukas have won races for years, Brad H. Cox represents the new breed of training stars. Cox won at 25% last year. It doesn’t matter the race class-level, the surface, the horse or jockey. The man wins races. This year, his win percentage is 27%. Right now, we must consider Brad H. Cox the most versatile trainer in the United States.

New Orleans native Albert Stall has the distinction for training the only horse to beat the great Zenyatta. Stall’s Blame took the Breeders’ Cup Classic over Zenyatta in 2010.

Gamblers want something to do. Yes, basketball, baseball, and hockey are in the deep freeze, but that doesn’t mean there’s nothing for sports bettors to wager.

A few horse racing tracks continue to run races and one of those is Oaklawn Park in Arkansas. Make sure your players know the names of jockeys and trainers at Oaklawn. Then, watch as the digital racebook revenue rolls in.