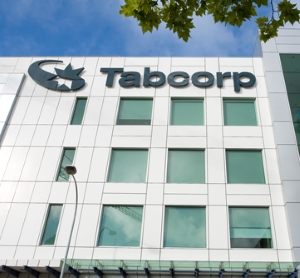 Two of Australia’s biggest gambling companies, Tabcorp and Tatts have just agreed to merge to create an $11.3 billion mega-merger.

The merger of these two companies will create a near monopoly that will control 90 percent of Australia’s gambling revenue which is in excess of $5 billion.  The combined market value of both companies is worth around $8.6 billion.

The decision was made with a unanimous consent by the board of director of both companies where they agreed to a script and cash deal giving Tabcorp control of the merged companies.

Shareholders of Tatts will receive 0.8 shares plus 42.5 cents for each of their share which will be at a 20 percent premium along with a $500 million share buyback once the merger is complete in 2017.

Tabcorp chairmen, Paula Dwyer said that “combining our two complementary businesses will give us a national footprint and could create a pathway to larger wagering pools.”

Even though the merger has been agreed upon by the board of director of both companies, it must then be approved by the shareholders as well as the ACCC (Australian Competition and Consumer Commission) which has already expressed reservations about such a merger that had been suggested back in 2006.

Even though the ACCC had blocked a similar bid for a merger back in 2006, online sportsbooks and stock analysts do not expect to see any major obstacles that would block the merger this time around.  In fact, some believe that this merger is based on competing against overseas competition from top sportsbooks such as Betonline.ag and BetPhoenix.ag.