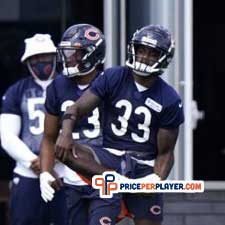 As part of the deal, Betcris can use the NFL’s logos and branding. Also, it provides brand exposure on the league’s digital assets such as the NFL Fantasy app and NFL.com. It gets access to the football league’s official game data feed.

Betcris becomes the official sponsor of the National Football League International Series Games in 2021. It will take place in Mexico. However, both parties didn’t disclose the terms of the deal.

According to sportsbook PPH reviews and news sites, the NFL’s fanbase is growing in Latin America. The league must find an industry leader within the sports betting industry in the region.

Based on Bet Sports Online sources, Betcris is a crucial player in the region. Also, its management team has the commitment and experience to maintain the highest standards. Thus, the NFL felt that the gambling firm is the right partner in Latin America. The two parties are hoping to work together to attract existing and new fans in the region.

Betcris said that the NFL partnership is the culmination of years of hard work to make the brand a household name in the region. The company enjoys a competitive edge to serve their long-term goals. They can leverage the league’s assets to its advantage over competitors.

The gambling company views the National Football League as the ideal partner of its process. Thus, it is looking forward to work together with the NFL in the long run. Aside from the NFL, Betcris is also the official gambling partner of Major League Baseball in Latin America.

If you are starting a sportsbook, you should strive to be like Betcris. Even if you are targetting a small market, you should not settle for anything less.