NBA Championship Betting on the Lakers – Should Bookies Set Limits?

NBA Championship Betting on the Lakers – Should Bookies Set Limits? 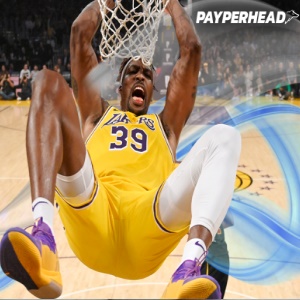 Futures betting on the Lakers is hot, forcing many bookies to consider max NBA betting limits

As every day passes, we take a step closer to the NBA Orlando Playoffs. The National Basketball Association’s return to play tips-off on July 30 when the Utah Jazz battle the New Orleans Pelicans.

Jazz-Pelicans is the first matchup. The second matchup has two of the top three favorites to win the NBA Championship throwing down on the courts at Disney World Resort.

Whether they love the NBA or not, every sports fan will watch the Clippers and Lakers battle in the second game. The Clippers are a +300 third choice behind the Lakers and Milwaukee Bucks to win the NBA Title.

There's a reason why, even though Giannis Antetokounmpo has gotten healthy during the shutdown, the Lakers remain slight favorites over the Bucks. While the league hiatus caused most teams’ odds to rise, the Lakers odds to win the whole enchilada have dropped.

The reason why the Lakers are such heavy favorites

Being a veteran team, the Los Angeles Lakers benefited from the NBA's pause

Some teams struggled with the shutdown while others benefited. The Los Angeles Lakers are one of the franchises that benefited.

Let’s compare the Philadelphia 76ers and Lakers. Although young, talented players dot the 76ers roster, Philly's NBA betting odds for the championship rose from roughly +1600 to +2000.

The reason? The 76ers are an awful road team. Every game, including all playoff and NBA Finals matchups, happens at the Walt Disney World Resort in Orlando. Every time any team steps onto the court, it will be a road game.

Philadelphia may have great success. Who knows? Sports handicappers that bet on the NBA don’t have much faith in the 76ers, though.

Most believe the Sixers will struggle in Orlando. So much so, that their odds rose in pay per head sportsbooks a drastic +400. From a betting point-of-view, that's a massive odds rise.

Even with the odds rise, players have yet to jump onto the 76ers. Why? A veteran team like the Los Angeles Lakers figure to thrive in the NBA bubble.

LeBron "King" James and Anthony Davis lead the Los Angeles Lakers. But those two future hall of fame players aren't the only reasons players who use sports betting software have jumped all over LAL.

Danny Green, Rajon Rondo, Markieff Morris, JaVale McGee, and Dwight Howard have tread on their National Basketball Association wheels. King James and A.D. aren't the only ones that got to take an elongated rest during the coronavirus hoops shutdown.

So did five other Laker players.

Also, we're kidding ourselves if we don't think a squad led by LeBron James won't handle the bubble situation. LeBron will ensure his Laker teammates keep their minds on basketball.

Bookies that use sports betting software can set max betting limits on the Los Angeles Lakers to win the NBA Championship. By doing so, they can ensure that Orlando's most talent-laden team doesn't decimate their sportsbook businesses.

Wagering on the Lakers should only increase. Many sportsbooks have changed current odds on Los Angeles. The Lakers are now at +200 in many of those books.

That’s another thing that PayPerHead bookies can do to ensure they remain in the black. Change betting odds on Los Angeles to make them less attractive from a potential profit point-of-view.

By doing those two things, agents can ensure the Lakers don’t cripple their books.

If you’ve considered creating a sportsbook but don’t know how to become a bookie, don’t worry. PayPerHead is here to walk you through the process.

Right now is the best time to become a sportsbook agent. Pay per head service organizations like PayPerHead.com provide tools anybody can use to run a successful sportsbook.

The company offers a no sports equals no fees promotion that lasts for two weeks until after the first Major League Baseball game on July 23. Then, per head agents can sign up for PayPerHead’s $3 for 3 months promotion.

Experienced bookies should also consider partnering with the leading gambling software company. PayPerHead has the best referral program in the industry. Those that sign-up and refer their friends can make up to 15% of their referred friends’ deposits for a year.