UFC Betting: How to Promote Wagering on the Top Combat Sport

UFC Betting: How to Promote Wagering on the Top Combat Sport 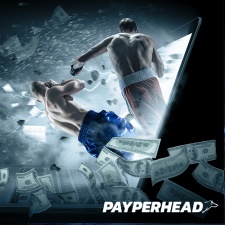 When it comes to image and sports wagering, the Ultimate Fighting Championship (UFC) has taken over boxing as the king of combat-sport betting. The UFC consistently produces household talent like George St. Pierre, Anderson Silva and the "Notorious" Conor McGregor.

Unlike boxing, UFC ensured it's the one brand that matters in U.S. mixed martial arts. It doesn’t throw out belts from different associations like America’s former favorite combat sport.

For that reason, bookies offering bookie software should promote UFC betting to clients looking for a fight.

Professional sports like the NBA and NFL rely on point spread betting. Unfortunately, understanding why a team needs to score more than seven points to win a wager can be a confusing hurdle for a beginner player.

When looking at the odds, McGregor is the favorite to win the fight. Bettors need to wager $150 to win $100. Meanwhile, the underdog is Nate Diaz. Bet $100 to win $120. Bookies and bettors can surmise that when oddsmakers made these lines, they considered both fighters a fairly even matchup.

If the odds were -1500 for McGregor and +1200 for Diaz, bettors should recognize that McGregor is a heavy favorite and Diaz the big underdog. Understanding the odds can help bettors know where to put their money, even when they're not familiar with the fighters.

Take Advantage of Monthly Pay Per Views and Big Matchups

UFC President Dana White manages to create exciting matchups every month. Also, numbering each event seems to market the fight cards as something that demands attention.

That said, anyone who wants to understand how bookies make money should know the product they're promoting. Some events have bigger marquee names than others; bookies should know about those fights to ensure they maximize UFC action.

For instance, UFC 254 features lightweight champion Khabib Nurmagomedov, the undefeated star of MMA. Expect more interest in this fight versus others in 2020 and promote the main event to bettors accordingly.

If we had to pick the worst sports day of the week for bookies, we'd have to say Friday night. No NFL, no college football, baseball games tend to finish early, and the marquee NBA matchups play the day before.

Luckily since 2013, UFC has offered non-PPV events called UFC Fight Night. The weekly event allows bettors to have MMA action every week. We'd suggest promoting the event for combat-betting beginners—something to test out their fight betting skills before parlaying a big monthly event.

UFC events are happening year-round. Sign up and use the best pay per head software for bookies. Offer UFC betting for every major and minor UFC fight.