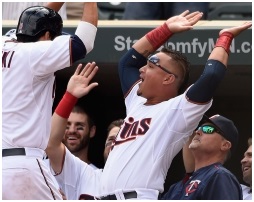 Pitching is rightfully the most accepted starting point for handicapping baseball games, but it can’t be the only factor to consider when deciding which teams to back. Teams need to score – not just hold the other team down – in order to win.

As of this writing, there are eleven teams that are hitting under .250 as a club, and those teams have to be weighted as such regardless of who is the opposing pitcher.

The Mariners, Mets, and White Sox make up the bottom three teams in terms of team batting average, and when they send their ace to the mound it’s often a good time to fade them at a great price.

Let’s look at Chicago’s Chris Sale, who is having a fantastic season with an ERA of 3.02 and a WHIP under 1.000, but his lack of run support has hurt him. In his last three starts, the White Sox have lost all three games while being listed as favorites of -130, -190, and -130.

Sale didn’t pitch well in his most recent outing, allowing five earned runs in 6 2/3 innings of work, but in the other two starts he gave up two runs in 6 2/3 innings and zero runs over eight innings. Those are decent pitching stats, but his offense could only muster a single run scored in all three games. Fading the White Sox in those starts would have yielded a hefty profit!

There are other factors to consider when comparing team offenses. Some ball parks tend to be advantageous to hitters, such as Colorado, while others are known to be pitcher parks, such as San Diego. Injuries play a big role as well, such as Miami’s Giancarlo Stanton, who leads the team in home runs and RBI’s.

According to the best sports betting software, batting averages can’t be the sole statistic used to judge an offense. San Diego is hitting .244 as a team, and has scored 327 runs this season. Philadelphia is only one point worse, hitting .243 as a team this year, but has scored far fewer runs (260) – a sign of failure to come through with runners in scoring position.

Surprisingly, there isn’t a difference comparing AL teams to NL teams despite the AL having the benefit of the designated hitter. Both leagues have an identical .253 batting average, so there isn’t a need to account for the DH when handicapping interleague games.

For those wondering, the Detroit Tigers and Kansas City Royals lead the league in team batting average, and if we find those teams matched up against some of the worse hitting teams in the league then we find a huge offensive advantage in those matchups.

Add team offense into your MLB Handicapping routine and see what impact it has on your results! Speaking of sports betting, if you need a top reliable sportsbook that gives you more for your money, 1Vice.ag is currently having their PRE PRE NFL Sales promotion where for the entire month of July, you get Double the Odds on your Super Bowl future bet.  Simply put, if the Arizona Cardinals to win the Super Bowl are at +3000, you get them +6000!

We’ll be back next week with more MLB Betting Tips.